Muslim Convert Co-Pilot Andreas Günter Lubitz Committed Jihad By DELIBERATELY Slamming The Plane Into The Mountain! Murdering All On Board

Finally the names are released:
The Co-Pilot committed suicide.
Certifications and Ratings:

Lubitz had undertaken 630 hours of flight time in an A320

French Prosecutor said that "the commander left the cockpit, presumably to go to the lavatory, and then was unable to regain access. In the meantime, he said, co-pilot Andreas Lubitz manually and "intentionally" set the plane on the descent that drove it into the mountainside in the southern French Alps. It was the co-pilot's "intention to destroy this plane,"  Yahoo

The state of mind according to those who know Lubitz:

In the German town of Montabaur, acquaintances said Lubitz was in his late twenties and showed no signs of depression when they saw him last fall as he renewed his glider pilot's license.

"He was happy he had the job with Germanwings and he was doing well," said a member of the glider club, Peter Ruecker, who watched him learn to fly. "He gave off a good feeling." Yahoo

His Parent's house in Montabaur: 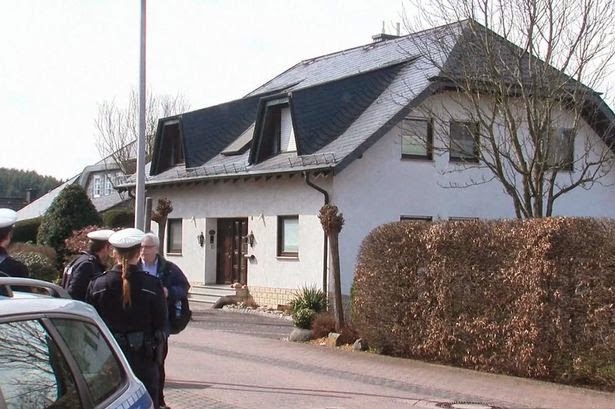 One said that Lubitz had broken off the relationship after he pledged to commit Jihad for Allah.

We do know that Lubitz trained at the Lufthansa Flight Training School in Bremen, Germany.

Bremen is home to the Mosque Masjidu-l-Furqan Mosque:

This Mosque was raided by the police in December 2014

BERLIN, Dec 5 (KUNA) — German authorities have closed a mosque in the northern city of Bremen, after it was accused of encouraging youth to join the extremist Islamic State group (known as ISIL), which is carrying out violent killings across Syria and Iraq.

In unprecedented circumstances, more than 100 German police personnel carried out a search of Masjidu-l-Furqan and its accompanying cultural office, which had both been under police radar since 2007.

The decision comes amid the fight against ISIL ideology, Bremen Interior Secretary Ulrich Maurer said, accusing the mosque’s management of promoting ISIL values and encouraging young Muslims in the city to travel to Syria and Iraq, and join the ranks of the group, along with Al-Nusra Front – another extremist group in Syria.

The centre have so far succeeded in inspiring a total eight men, seven women and 11 juveniles to travel to Syria and join ISIL, according to the official. Lubitz did his time in Bremen when the Mosque was under surveillance.

During his training Lubitz took a break - a several month break:

Carsten Spohr, CEO of Germanwings parent company, said in a press conference today that Lubitz took a break in his training six years ago. Then he did the tests (technical and psychological) again. And he was deemed 100 percent fit to fly. I am not able to state the reasons why he took the break for several months

I can because Lubitz converted to Islam during his break.

Reason that pushed Lubitz over the edge? The raid on the Mosque in Breman  this past December?

The Police say they found a significant discovery in his home - not a suicide note:

Police investigating the Germanwings crash said they had made a 'significant discovery' at the home of co-pilot Andreas Lubitz, who deliberately ploughed the Airbus A320 into the French Alps. Officers refused to reveal details of the potential breakthrough but said it was not a suicide note. Speaking outside the flat on the outskirts of Dusseldorf, police said they had 'found something' that would now be taken for tests, adding it may be a 'clue' as to what happened to the doomed jet. Daily Mail Read More>>>

Is the significant discovery something Islamic? Something on his computer? A Koran? Muslim prayer rug?

Here are pics of the cops removing computers: 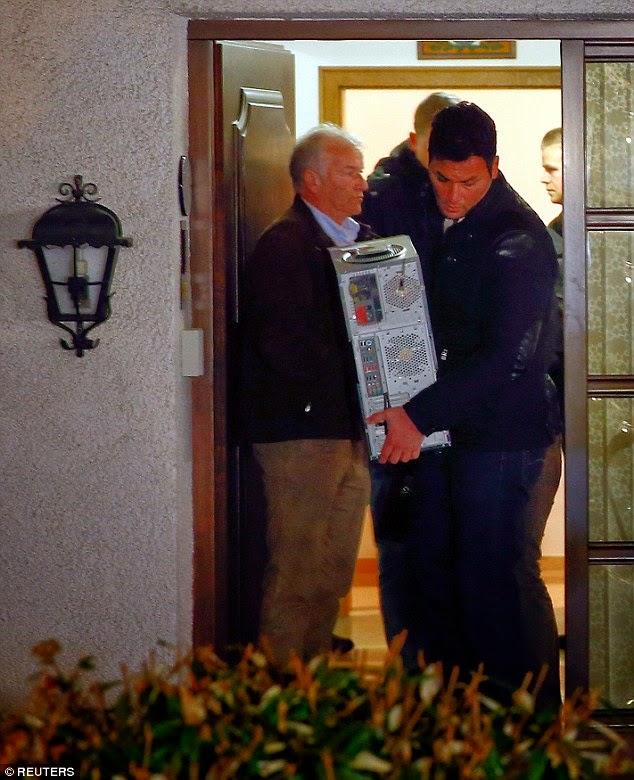 Like Anders Berhring Breivik maybe Lubitz left his manifesto on his computer detailing his reason for murdering 150 souls including himself. 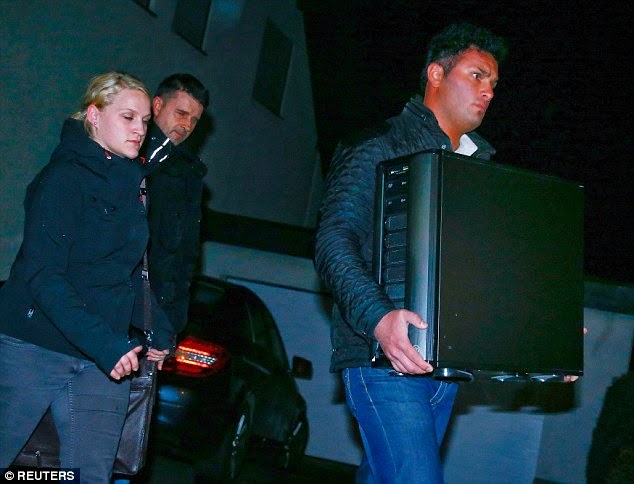 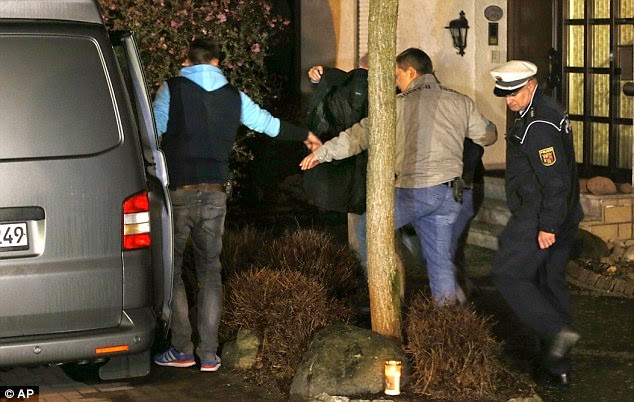 Person covered by blanket escorted by police to hide identity. Who would still be in the house?

If evidence points to Lubitz's conversion to Islam, the next thing would be raids on the Mosques he attended.

There are several Mosques near the Co-pilot's home. Which one did he attend? Which Mosque helped Lubitz plan his murderous act? 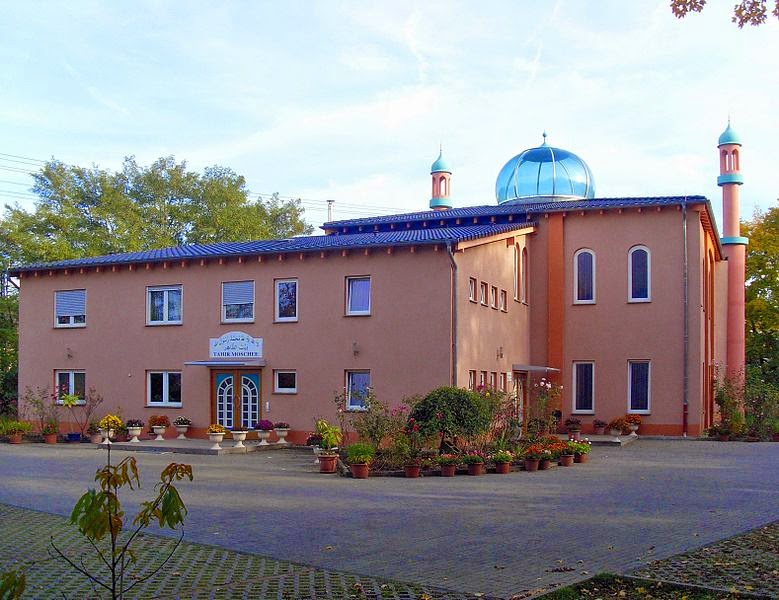 Take your pick there are plenty of Mosques in the area to chose from: 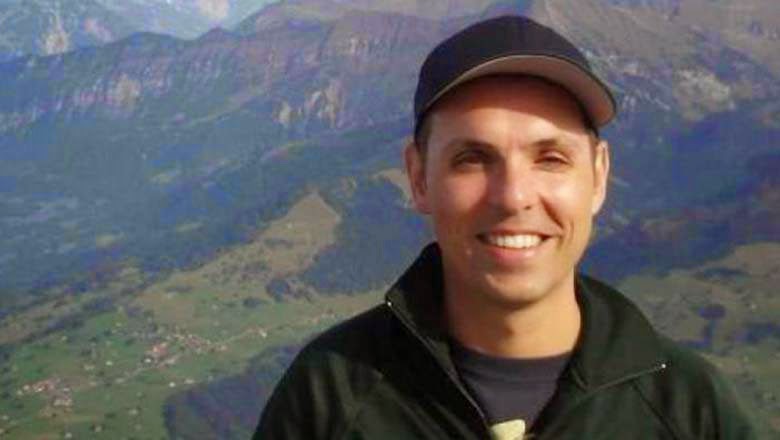 As a youth, Andreas became a member of the club, he wanted to see his dream of flying fulfilled. He started as a gliding student and managed to become a pilot of the Airbus A320. He succeeded in fulfilling his dream, a dream that he paid for with his life. The members of LSC Westerwald are grieving for Andreas and all the other 149 victims of the catastrophe of March 24, 2015. Our deepest condolences to the relatives. We will not forget Andreas. LSC Westerwald flight club Montabaur, Germany
at March 26, 2015