IT IS TIME, THE SUN IS DARKENING! TWO Giant Holes - One Covering Almost 10% Of The Solar Surface! 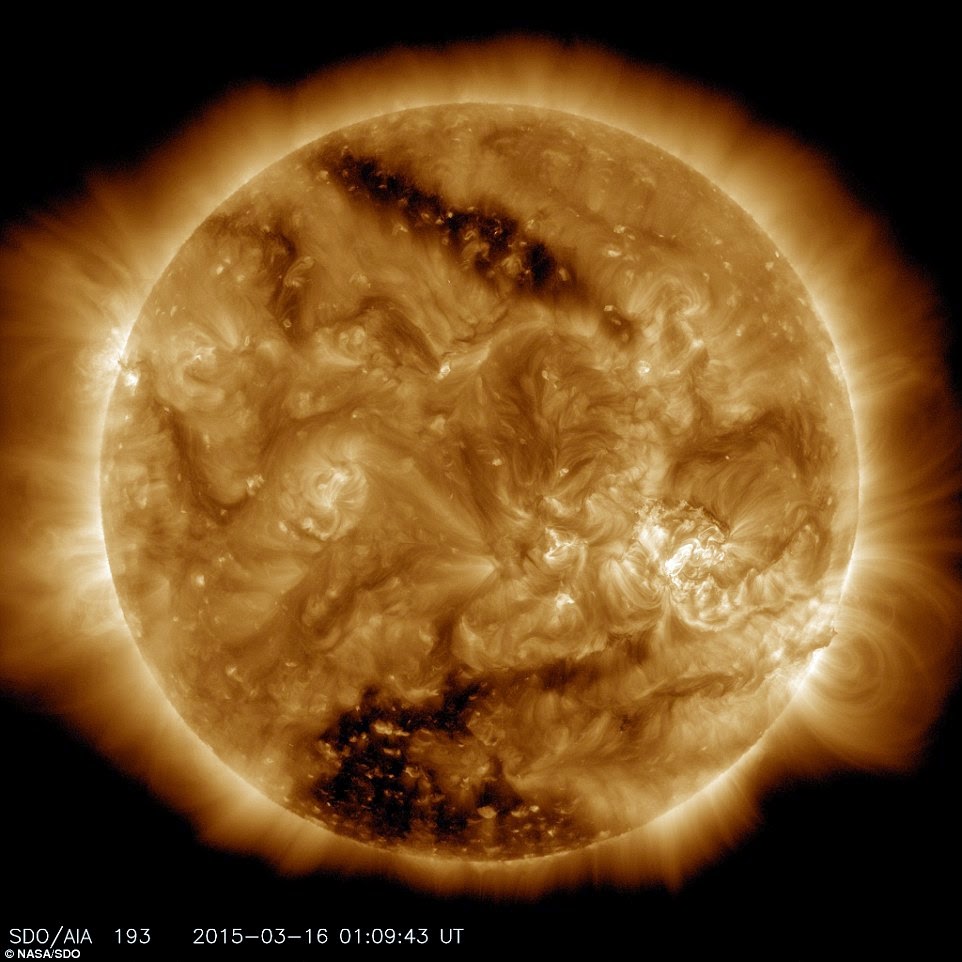 All the universe will be struck with terror and many will let themselves be lead astray because they have not worshipped the true Christ who lives among them. It is time; the sun is darkening; only faith will survive. Our Lady of La Salette 19 Sept. 1846 (Published by Mélanie 1879)

Nasa has spotted a pair of huge 'holes' on the solar surface. The larger coronal hole of the two, near the southern pole, covers an estimated 6 to 8-percent of the total solar surface, 142 billion miles - making it one of the largest polar holes scientists have observed in decades. The smaller coronal hole, towards the opposite pole, is long and narrow, covering about 3.8 billion square miles on the sun - only about 0.16-percent of the solar surface.'Coronal holes are lower density and temperature regions of the sun’s outer atmosphere, known as the corona,' explained Nasa. 'Coronal holes can be a source of fast solar wind of solar particles that envelop the Earth.' The magnetic field in these regions extends far out into space rather than quickly looping back into the sun’s surface. Magnetic fields that loop up and back down to the surface can be seen as arcs in non-coronal hole regions of the image, including over the lower right horizon. The bright active region on the lower right quadrant is the same region that produced solar flares last week. It is the second time Nasa has spotted a huge hole on the sub. Daily Mail Read More>>>>>