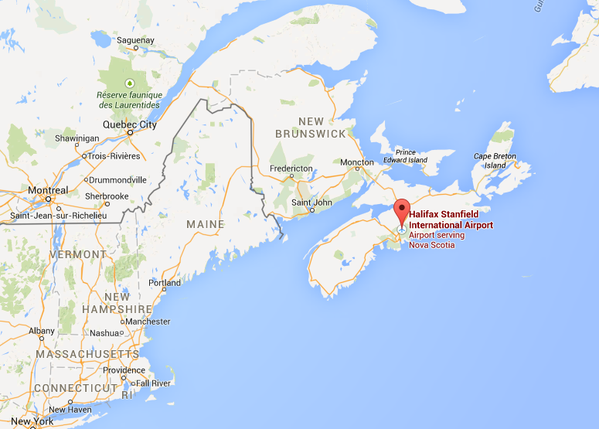 
Air Canada flight 624 has crashed on a runway at Halifax Stanfield International Airport in Canada, after hitting power lines on Old Guysborough Rd .

133 passengers were on board and five flight crew members.

No one was killed.

25 had to be taken to area hospitals.

Air Canada confirms that 18 passengers of the 23 passengers and crew admitted to area hospitals for observation and treatment of minor injuries have been released from hospital. Further updates will be provided.

Air Canada personnel are on site to provide assistance to passengers and additional management personnel are currently en route to Halifax to assist.

No further details are available at this time, however Air Canada will provide regular updates on Twitter and on its website at aircanada.com as information becomes known.

Family members who seek information about passengers on Flight AC624 may telephone Air Canada at 1-800-961-7099.

Flight AC624, an Airbus A320 carrying 133 passengers and five crew, was involved in an incident upon landing at Halifax International Airport, Nova Scotia. The incident occurred at approximately 24:43 AT Sunday March 29 (23:43 ET March 28).

Air Canada will be cooperating fully with authorities in their investigation.