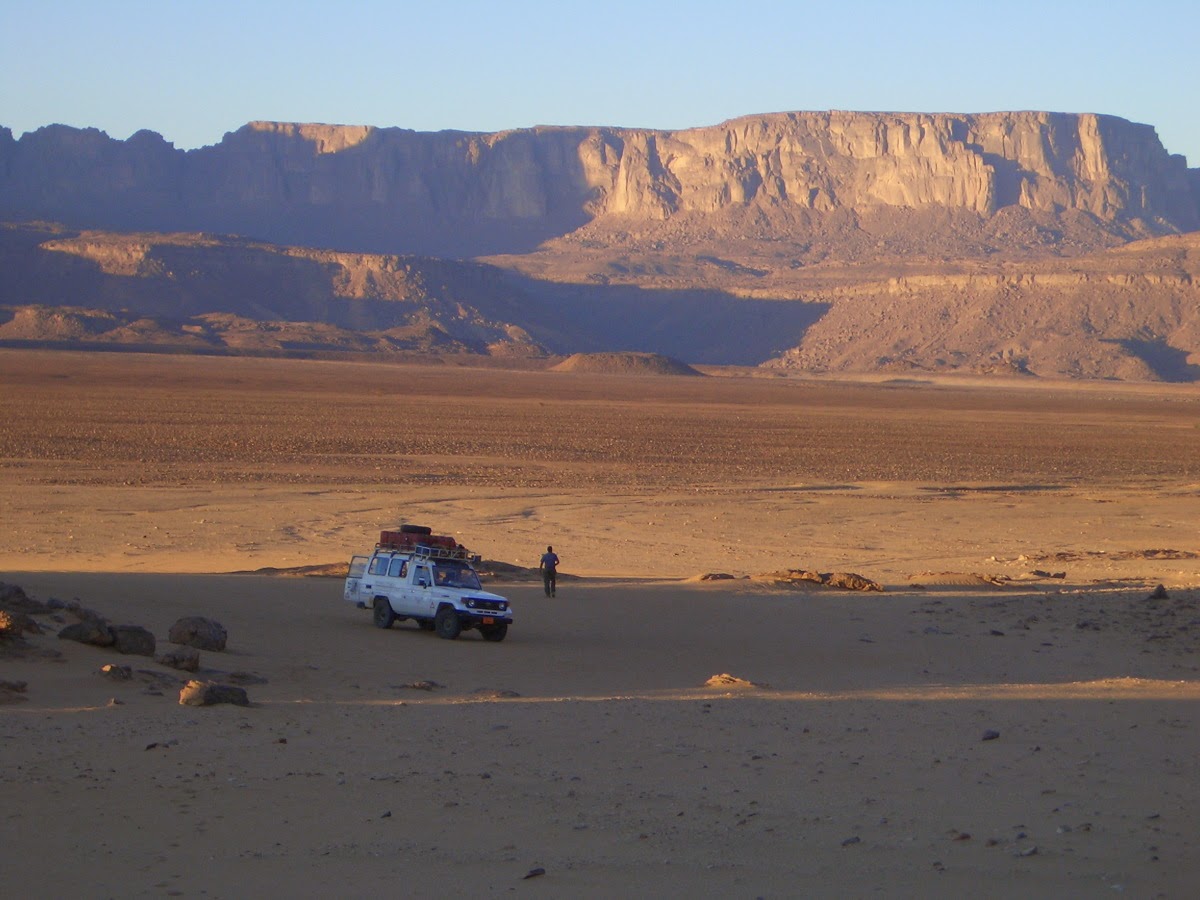 Cave Of Swimmers Is Found In The Driest Place In The World
Uweinat, Egypt

For yet a while, and after seven days, I will rain upon the earth forty days and forty nights; and I will destroy every substance that I have made, from the face of the earth.And Noe did all things which the Lord had commanded him. And he was six hundred years old, when the waters of the flood overflowed the earth. And Noe went in and his sons, his wife and the wives of his sons with him into the ark, because of the waters of the flood....In the six hundredth year of the life of Noe, in the second month, in the seventeenth day of the month, all the fountains of the great deep were broken up, and the flood gates of heaven were opened: And the rain fell upon the earth forty days and forty nights.In the selfsame day Noe, and Sem, and Cham, and Japheth his sons: his wife, and the three wives of his sons with them, went into the ark Gen

The drawings on the walls of the cave of swimmers documents the deluge that flooded the earth in the time of Noah.The waters of the deluge reached a height of 15 cubits above the highest mountain top or about 29,050 feet.

Eight souls were saved the rest of humanity drowned.

Question remains - are the drawings before during or after the flood?

Here is the Cave of Swimmers: 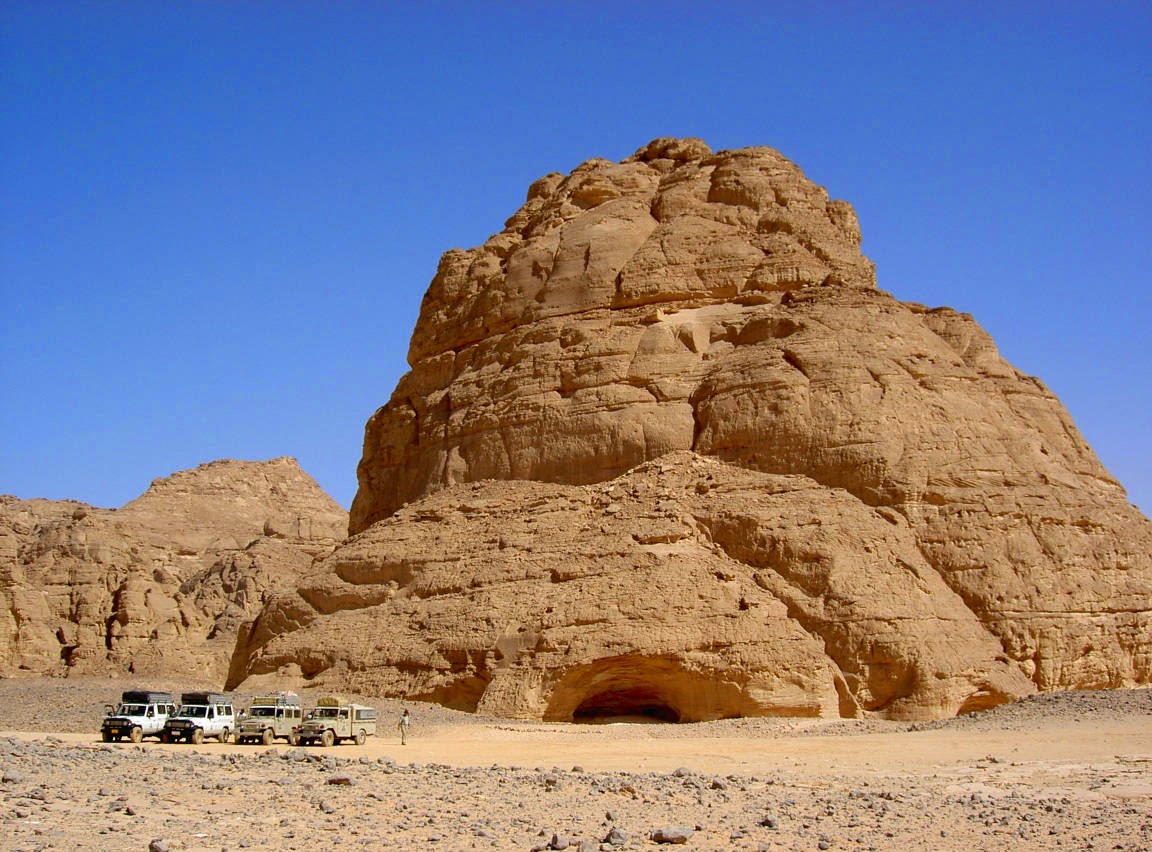 It should be obvious that the entrance to the cave is at the lowest possible point and the most dangerous for those caught in the time of the flood.  In time of a flood most would climb to higher ground.

No one would have time to draw during the deluge at such a low point. 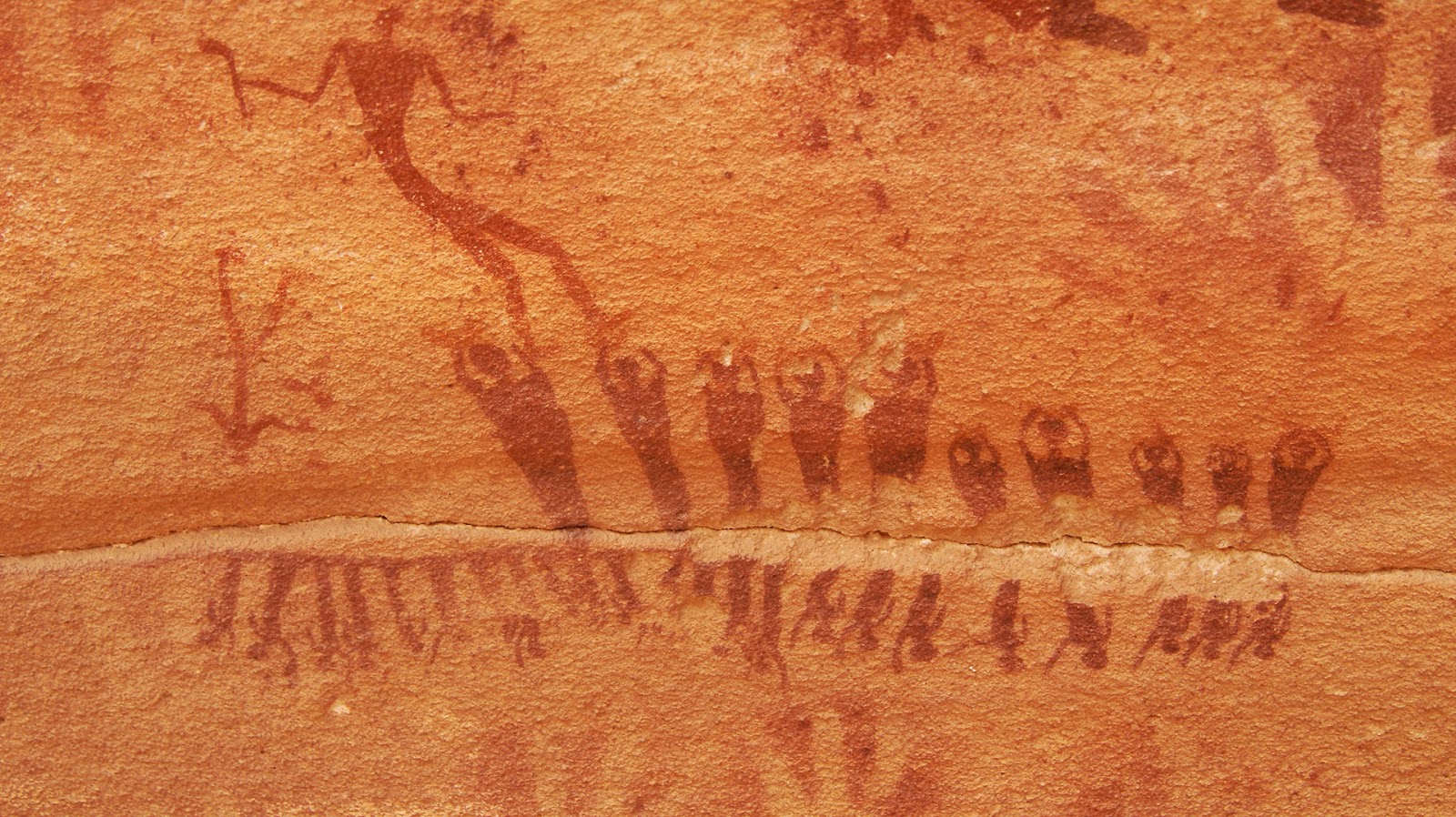 Notice the ones above and the ones below.

Should be obvious that the ones above represent Noah and his three sons and Noah's wife and the wives of Noah's three sons - a total of Eight souls.

But there are a total of twelve souls depicted. Four more souls that entered the ark.

The large figure could represent

The fallen figure is

1. Satan the enemy of man
2. Ham the son that uncovered Noah's nakedness
3. Canaan the son of Ham

The ones depicted below are the souls that perished in the flood. 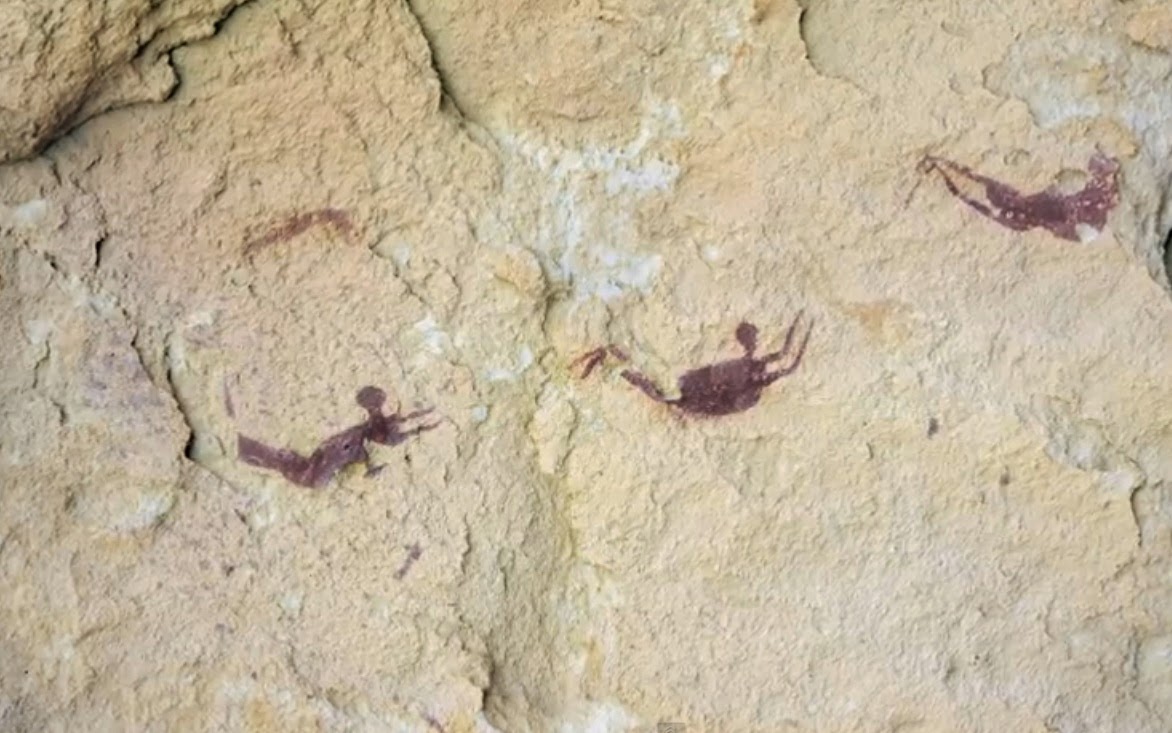 Documents those souls drowning in the deluge

Since there is no water in the area and most consider the land to be the most driest place on earth the above depiction is most likely souls drowning in Noah's flood.

Delta passenger on a flight from Syracuse to Atlanta was 'breastfeeding her hairless CAT and refused to stop'  A female passenger on...