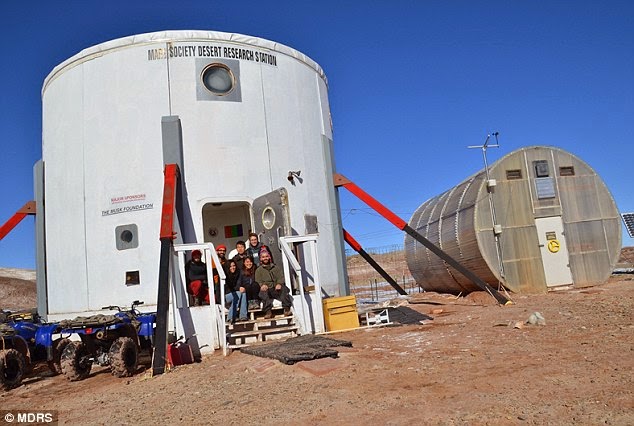 A devastating fire has brought to end a mock Mars mission being held in the middle of the Utah desert. The mission involved four 'astronauts' living in isolation for two weeks in the hope of recreating the psychological effects of life on Mars. But instead, they were dealt with a real-life emergency when a devastating fire destroyed the Mars Desert Research Station with flames reaching 10ft (3 metres) high. The Mars Research Society, who runs the missions, said that no one was hurt among the crew who attempted to battle the flames on their own for over an hour. The huge fire was caused by an unusual power surge in their habitat, which is four miles the small town of Hanksville in Utah. Daily Mail Read More>>>>>
at January 29, 2015