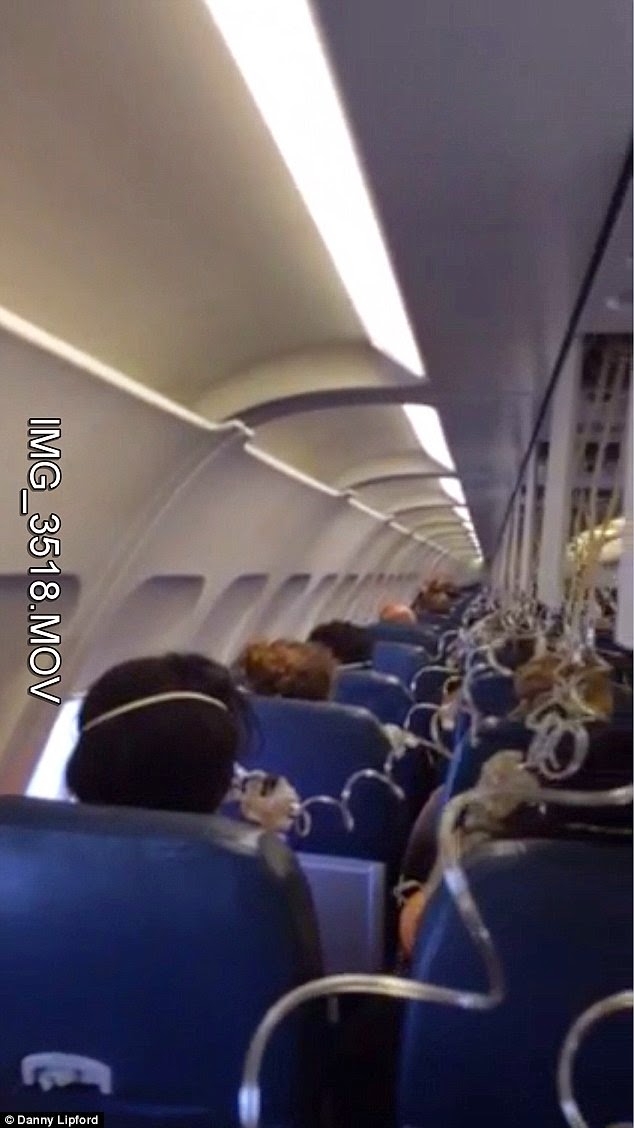 
A US Airways flight from New York safely made an emergency landing Saturday evening at its destination in Charlotte after oxygen masks deployed in the final minutes amid indications of a pressurization issue, a spokesman said, adding one of its regional flights also made a safe emergency landing in Charlotte soon afterward. US Airways spokesman Matt Miller told The Associated Press by telephone that none of the 146 passengers and five crew aboard US Airways flight 745 from LaGuardia airport in New York was hurt. He said the crew of the Airbus A320 was already below cruising altitude and 'well into' its descent into Charlotte Douglas International Airport when the issue arose before 7 p.m. Saturday. 'The masks were deployed. I don't know how many passengers used them,' Miller said, adding a handful of passengers requested medical checks at the gate as a precaution upon arrival. Television personality Danny Lipford was on board the flight from LaGuardia to Charlotte and was able to take video of oxygen masks dropping from the ceiling and of passengers doing their best to remain calm and follow the safety protocol. Daily Mail Read More>>>>