Buffeted By Demons? 22 Injuired On Singapore Airlines Flight A380 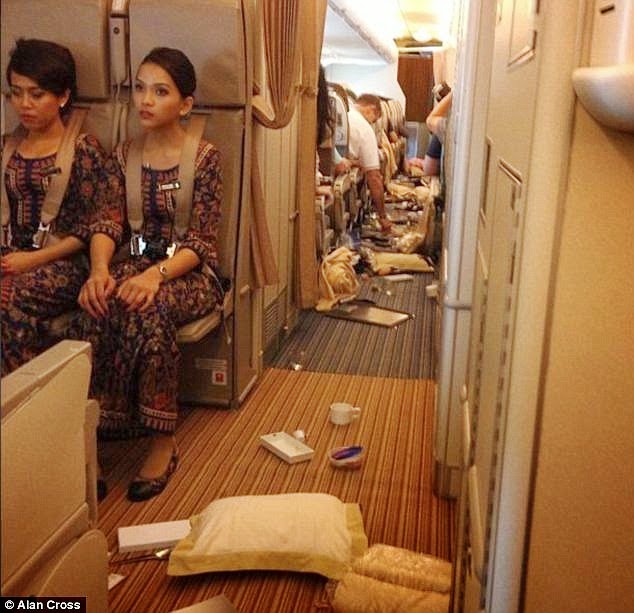 
Eight passengers and 14 crew members were injured on board a Singapore Airlines flight to Mumbai when it hit sudden turbulence. A number of those hurt were treated at hospital after the A380 flight number SQ424 landed safely at Mumbai's Terminal 2 after the plane was shaken at 15,000 feet. The airline says the seat belt sign was on at the time of the incident. The aircraft, with 408 passengers and 25 crew, flying from Singapore, on Saturday night landed safely at 10pm. The injured passengers and crew were taken straight to two private hospitals in the city. Six passengers were subsequently discharged along with all members of cabin crew, while two were kept in for further medical assistance. The airoline released a statement saying: 'Singapore Airlines flight SQ424 from Singapore to Mumbai experienced sudden turbulence during descent on 18 October. 'There were 408 passengers and 25 crew on board. Eight passengers and 14 crew sustained injuries and were attended to by medical personnel on arrival at city airport.' Daily Mail Read More>>>>>>>