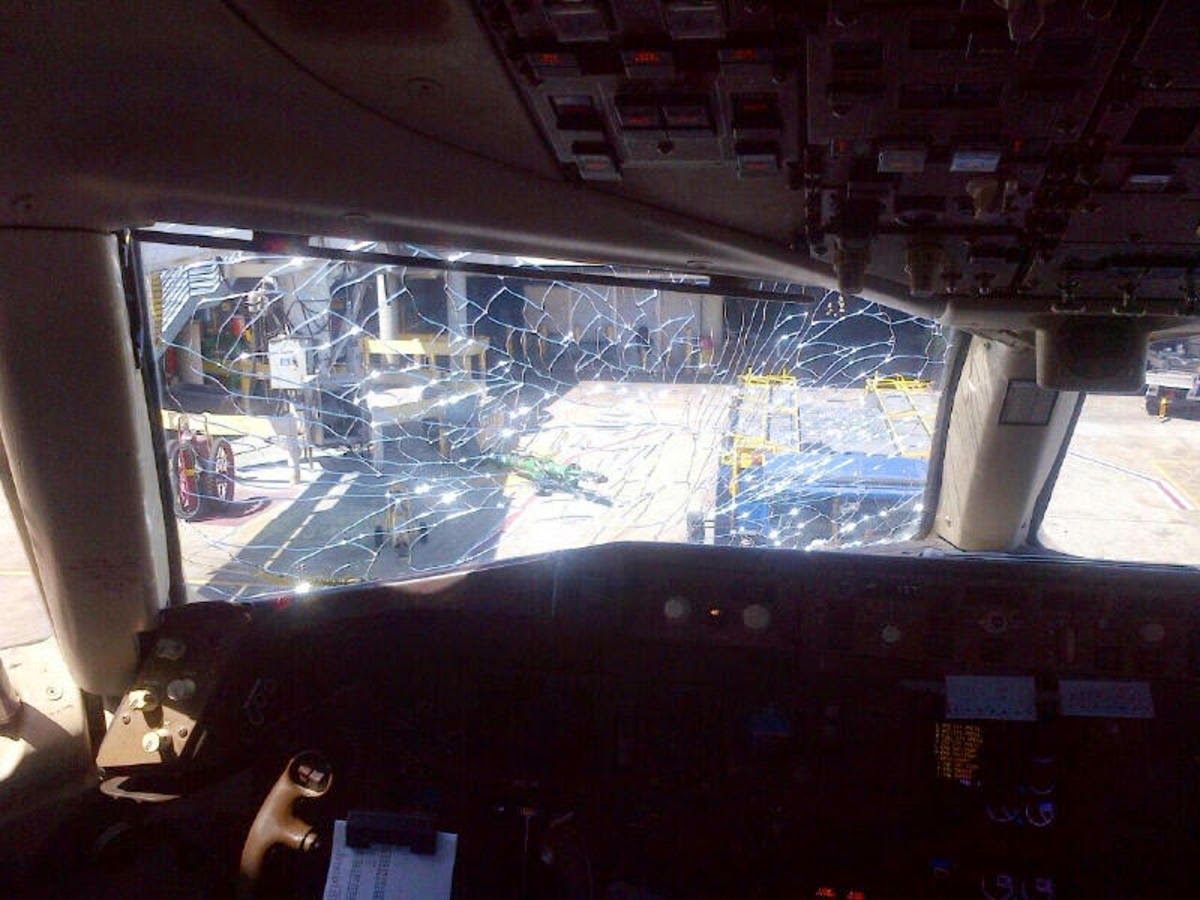 An American Airlines flight was forced to turn around and make an emergency landing after cracks formed in the cockpit’s windscreen shortly after take-off. There were anxious moments for some passengers when the twin-engine plane, carrying almost 200 people, returned to Los Angeles International Airport while en route to Dallas/Fort Worth International Airport on Monday. After the aircraft landed safely, passenger Glenn Kagan snapped a photograph that shows a spider web of cracks in the left windscreen of the Boeing 757-223. Mark Denesuk, a fellow passenger, told NBC affiliate KXAS-TV that the pilot made an announcement about the cracked windscreen about 20 minutes into the flight. He said: ‘The captain said in all his years of flying, he had never seen anything like it and that the safest thing to do was to turn around and go back to LA.’ Daily Mail Read More>>>>>>