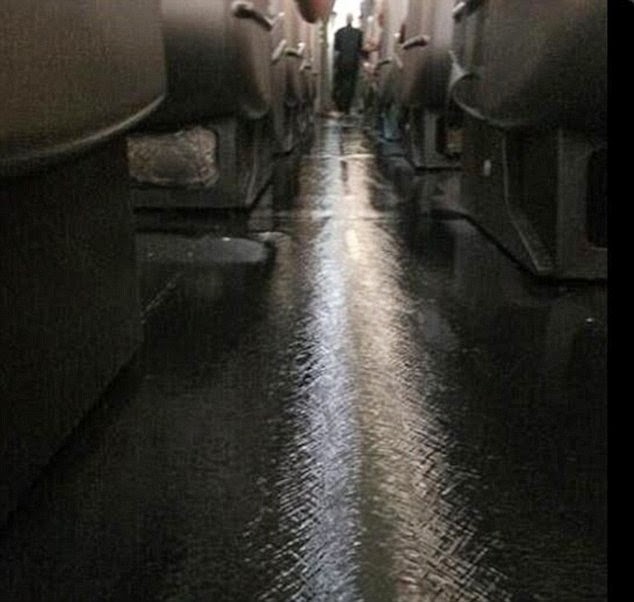 A River Runs Through It

There is a boundary that men must not pass over and that boundary is 29,050 ft or 15 cubit above the mountain tops. Who established this boundary? God did. But men exceed this boundary every day 24/7 with space travel and commercial flights.

In the days of Nimod men disregarded what God established as a boundary, and built a tower to escape any more floods, for Nimrod knew that the waters of the deluge only reached a height of 15 cubits above the mountain tops:


The water was fifteen cubits higher than the mountains which it covered. Gn.7.20

So he figured that if built a tower higher than 15 cubits than the mountain tops,he and his offspring would escape another one of God's punishments by water.

But if Nimrod about the level that the waters of the deluge reached (15 cubits above the mountain tops) then Nimrod must of known that God would never punish mankind with another flood:


And I will remember my covenant with you, and with every living soul that beareth flesh: and there shall no more be waters of a flood to destroy all flesh. Gn.9.15.

Or maybe Nimrod didn't trust God and his promise not to send another flood,and that's why he built the tower. Either way Nimrod's tower was still destroyed by the hand of God and men no longer spoke the same language because God confused their tongue.

Not until recent times have men exceeded this 29,050 ft boundary.

When will God knock over modern man's tower of space & commercial flight?

I'm thinking it will be gradual knocking over.


Qantas flight bound for Melbourne turned back to Los Angeles after water flooded the aisle of the Airbus A380 plane. The water was discovered leaking from a pipe on the aircraft's upper deck. The pilot made the decision to turn flight QF94 back about an hour after takeoff. The aircraft landed shortly after 8pm on Tuesday. A Qantas spokeswoman confirmed to Daily Mail Australia that the leak was coming from a pipe that carried drinking water and water used to wash hands. It is understood the decision to turn back to Los Angeles was made as a precaution and there was no major issue in terms of the safety of the plane or passengers. Passengers aboard the flight have been provided with accommodation in Los Angeles overnight The flight has been rescheduled for tomorrow, with the spokeswoman saying they would be flying again within 24 hours. A Qantas spokesman confirmed to AAP on Wednesday night, the aircraft was being examined by engineers in Los Angeles and Qantas was in contact with Airbus to establish the cause of the fault. Daily Mail Read More>>>>

Look, if God punished Nimrod, he's gonna punish us. This event is just another example of what's in store.

I will start posting these bizarre airplane events. These strange events should be a daily occurrence to wake the lot of you up.