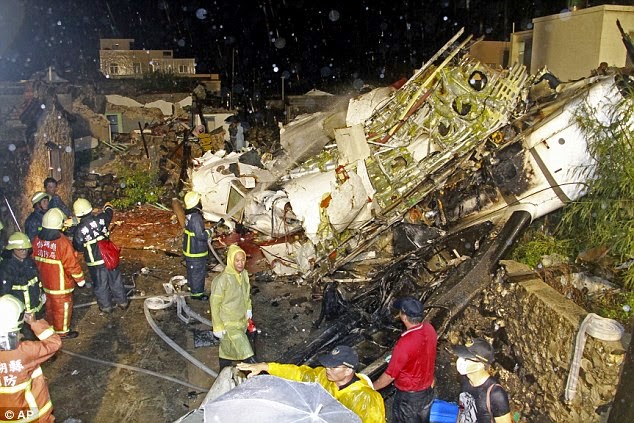 
At least 42 people were killed and another 11 taken to hospital after their plane crashed and caught fire while trying to make an emergency landing in stormy weather on a small Taiwanese island. 'We have found 42 bodies and some body parts so far,' an official from the Penghu county fire department told AFP. Taiwanese Transport Minister Yeh Kuang-shih was quoted as saying the flight, operated by Taiwan's TransAsia Airways, was carrying 58 passengers and crew members. 'There were 58 people on board including four crew members, four children,' he told reporters earlier. The government's Central News Agency news agency had earlier quoted a local fire brigade chief as saying that 51 people had been killed. Daily Mail Read More>>>>>>
at July 24, 2014