The Waters Of The Deluge Was Fifteen Cubits (29,050 ft) Higher Than The Mountains Which It Covered & These Pictures Of Ice Crystals Were Taken At 37,000 Feet! 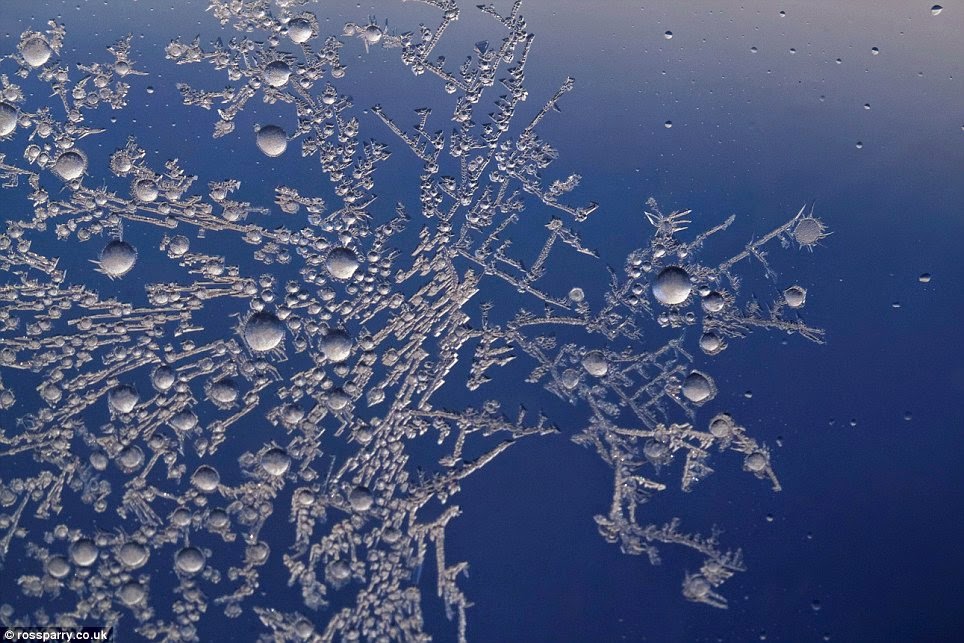 This is the stunning ice show photographed by a plane passenger - at 37,000ft. Concert violinist, Bertrand Kulik, noticed the condensation and ice particles forming interesting shapes on his window as he flew from Paris to Japan. So he took out his camera, fitted with a macro lens, and began to picture them from just 5cm as they formed and changed shape.

Bertrand, 34, said: 'When I saw some nice details behind and between the windows of the plane, I really wanted to take some pictures. 'It was amazing to see the different states of matter - some crystals, ice drops and condensation. 'The plane conditions made it really hard. On earth it's difficult but in a plane, that's just really really difficult!'

Bertrand, who was flying to Japan, added: 'It was interesting because I could see some liquid, condensation, and ice flakes in fantastic shapes. 'Macro at high altitude shows some different things than on earth. 'It was really abstract, with pure colour some ice flakes looked like animals such as a dragon and a starfish.'

Without his tripod to hand as it was stowed in the hold, Bertrand managed to create the images using only a Canon Eos 7D camera with a Canon MP-e 65mm lens. 'The Canon MP-e lens is amazing but very difficult to master,' said Bertrand, from Paris, France. 'You have to be very zen when you use it, as there is no focus ring, so you have to focus by getting closer or moving backwards.

'I had to work in very hard conditions with the most difficult lens, with the vibrations of the plane and without a tripod. 'And I had to take my pictures without being noticed because often a hostess asked me to stop, and I had to keep opening the window blind when other passengers were sleeping.' Daily Mail Read More >>>>>> 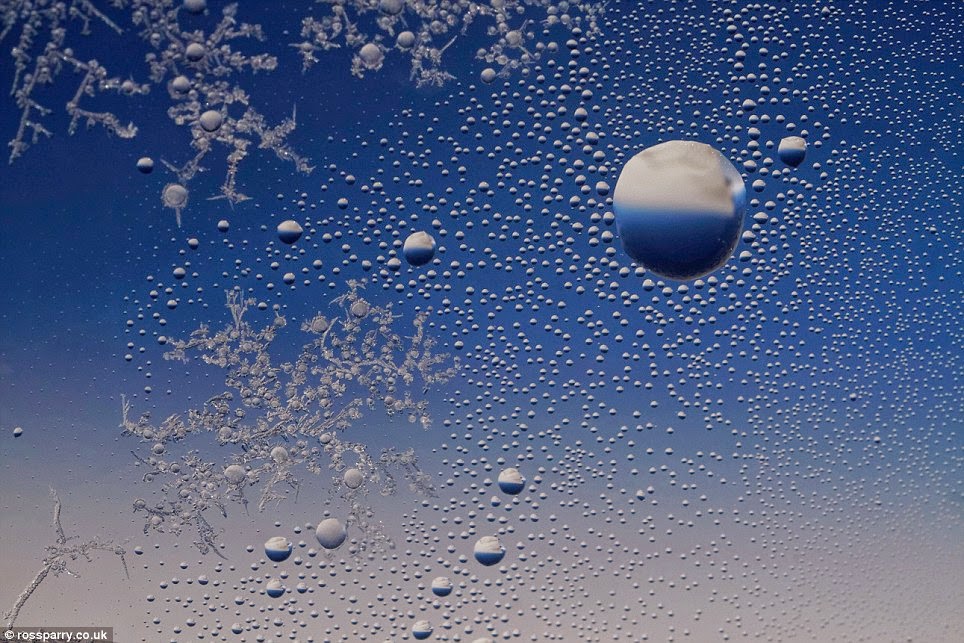 Other worldly: Despite some troubling turbulence on the flight from Paris, France to Osaka, Bertrand used a macro lens to turn the 12-hour flight into an art show 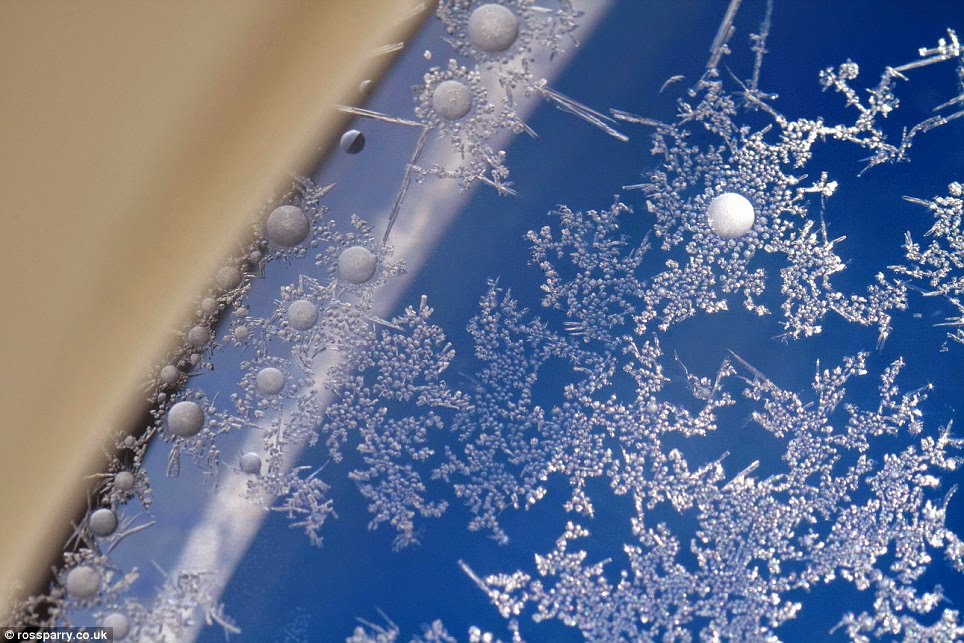 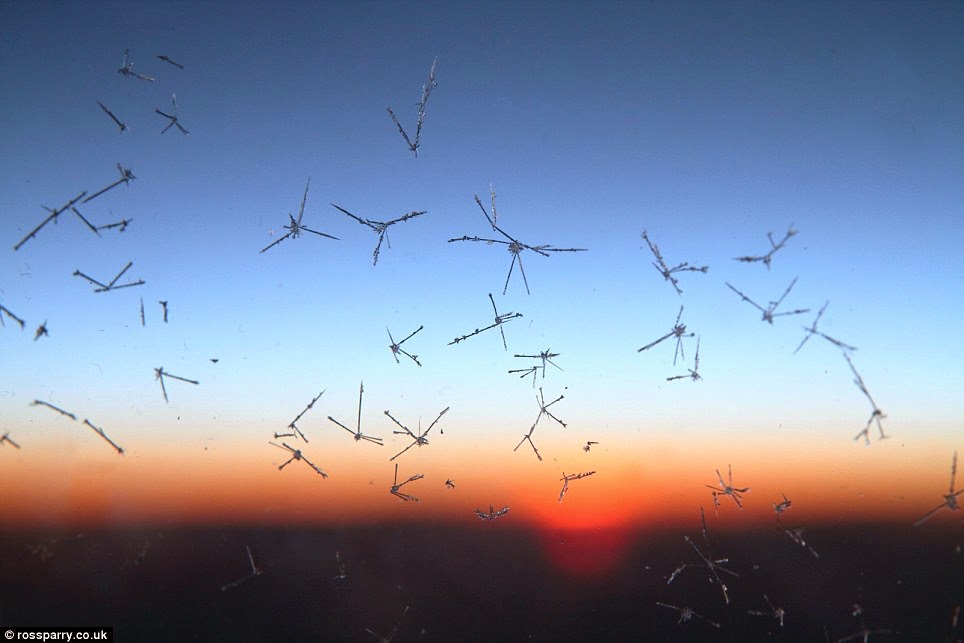 Macro lens: Using a special lense, Bertrand photographed the ice shapes from just 5cm away to create these abstract scenes