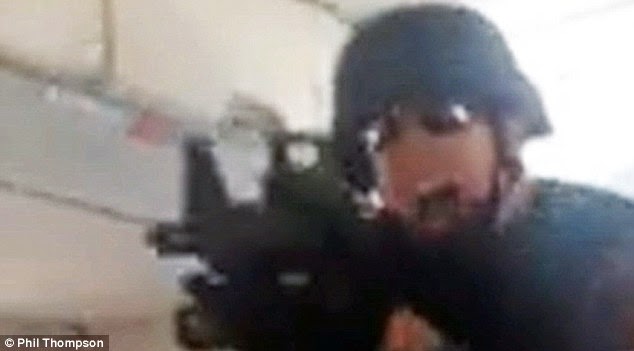 
Two U.S. F16 fighter jets escorted a Panama-City bound plane back to Toronto on Friday and a SWAT team boarded the aircraft after a passenger reportedly threatened to blow up the plane. Flight 772 turned around over West Virginia about 45 minutes after its 7 a.m. (1100 GMT) departure from Toronto Pearson International Airport, said Sunwing Airlines spokeswoman Janine Chapman. A 25-year-old Canadian man, Ali Shahi, was arrested when the plane landed back in Toronto. Chapman said an 'agitated passenger directly threatened the aircraft' but did not elaborate on the threat. The swift and dramatic response was captured on video phone. The SWAT team can be seen boarding the plane, shouting orders at passengers, including Sharon Ramsay, who was on the flight with her children. 'They stormed in it was extremely scary. They came in the front and back of the plane , they yelled hands up heads hands up heads down. It was just awful,' Ramsay told NBC. Daily Mail Read More>>>>>>
at July 26, 2014