Connect The Dots: Fatima Dyczynski Founder Of Xoterra Space Dies In Flight MH17 - For The Time Has Come When The Most Astonishing Wonders Will Take Place On The Earth And In The Air 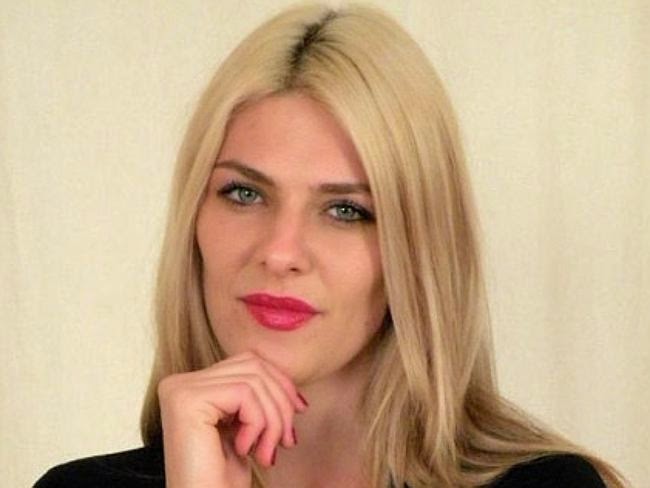 For those that don't know (which is all of you) there is a boundary established by God that man must not pass over and that is 29,050 ft or 15 cubits above the mountain tops. Why?
God was pissed that man exceeded this 29,050 boundary that He established:

Don't you think God is pissed that modern man exceeds this level 24/7?

So what will happen to us?


We are very grieved by the loss of the founder of Xoterra Space, Fatima Dyczynski, who passed away in flight MH17 to Kuala Lumpur. Fatima was energetic, full of life and her dreams reached to the outermost of space. She was brightly outspoken, ambitious and incredibly motivated. Many people were inspired by her dreams to make space personal and her passion for innovation and business. Our deepest condolonces go to her parents, family and dear friends.

Fatima was 24 years old. Fatima was a promoter of the exploration or exploitation space, Fatima did not know about the 29.050 ft boundary. Fatima was on flight MH17 which was flying at an altitude over the 29,050 foot boundary when the plane was hit by a missled fired by the Russians. Did Fatima die instantly? Who knows?

What is know is that her remains and the remains of all MH17 passengers are now below the 29,050 ft boundary and at the end of days Fatima's remains will burn upin the fire of the final conflagration - so will yours and everyone else. And that's the point that non of you understand -all the works of men holy or profane must burn up in the fire of the final conflagration at the end of days - including our remains etc....

Nothing will escape this fire of the final conflagration - NOTHING - which follows, every spacecraft shot into outer reaches of space, every little remnant of man-made space junk orbiting the earth or on the surface of any planet is coming back - all of it.

How will all space junk comeback to earth under the 29,050 ft level? Well, certainly not by the agency of man. Man is too lazy and destructive to retrieve all their man-made space junk sent into space, no, every tiny piece of man-made debris that is in space will brought back by the agency of the angels. This will be the duty of the Angels - to clean up the mess that men made.

If you think this is ridiculous - then I tell you to watch the skies - to watch for more incidents like MH17 & MH370 etc...

I know that the Blessed Trinity gives us warnings and signs to start before the SHTF. The downing of planes flying over the 29,050 ft boundary is the first step if you will, before all the spacecraft shot into the deepest reaches of space coming back home with a vengeance.

What to watch for? More downed planes and the hysteria to follow. Many will refuse to fly.

If your not convinced please by all means refute St Thomas Aquinas:

Here begins the doctrine of the fire of the final conflagration from the pen of St Thomas Aquinas:

According to St. Thomas Aquinas’ view of the fire of the final conflagration, all of the works of men will be cleansed by the fire of the final conflagration: St. Thomas Aquinas tells us that since the world was, in a way, made for man's sake, it follows that, when man shall be glorified in the body, the other bodies of the world shall also be changed to a better state, so that it is rendered a more fitting place for him and more pleasant to look upon. Now in order that man obtain the glory of the body, it behooves first of all those things to be removed which are opposed to glory. There are two, namely the corruption and stain of sin---because according to 1 Cor. 15:50, "neither shall corruption possess incorruption," and all the unclean shall be without the city of glory (Apoc. 22:15)---and again, the elements require to be cleansed from the contrary dispositions, ere they be brought to the newness of glory, proportionately to what we have said with regard to man. Now although, properly speaking, a corporeal thing cannot be the subject of the stain of sin, nevertheless, on account of sin corporeal things contract a certain unfittingness for being appointed to spiritual purposes; and for this reason we find that places where crimes have been committed are reckoned unfit for the performance of sacred actions therein, unless they be cleansed beforehand. Accordingly that part of the world which is given to our use contracts from men's sins a certain unfitness for being glorified, wherefore in this respect it needs to be cleansed. In like manner with regard to the intervening space, on account of the contact of the elements, there are many corruptions, generations and alterations of the elements, which diminish their purity: wherefore the elements need to be cleansed from these also, so that they be fit to receive the newness of glory.

St. Thomas Aquinas tells us that fire will be the cleansing instrument: As stated above (A[1]) this cleansing of the world will remove from it the stain contracted from sin, and the impurity resulting from mixture, and will be a disposition to the perfection of glory; and consequently in this threefold respect it will be most fitting for it to be effected by fire. First, because since fire is the most noble of the elements, its natural properties are more like the properties of glory, and this is especially clear in regard to light. Secondly, because fire, on account of the efficacy of its active virtue, is not as susceptible as the other elements to the admixture of a foreign matter. Thirdly, because the sphere of fire is far removed from our abode; nor are we so familiar with the use of fire as with that of earth, water, and air, so that it is not so liable to depreciation. Moreover, it is most efficacious in cleansing and in separating by a process of rarefaction.

St. Thomas Aquinas tells us that this fire will not exceed the bounds which were cleansed by waters of the deluge: I answer that, Some [*St. Bonaventure, Sentent. iv, D, 47, A[2], Q[3]] say that the fire in question will rise to the summit of the space containing the four elements: so that the elements would be entirely cleansed both from the stain of sin by which also the higher parts of the elements were infected (as instanced by the smoke of idolatry which stained the higher regions), and again from corruption, since the elements are corruptible in all their parts. But this opinion is opposed to the authority of Scripture, because it is written (2 Pet. 3:7) that those heavens are "kept in store unto fire," which were cleansed by water; and Augustine says (De Civ. Dei xx, 18) that "the same world which perished in the deluge is reserved unto fire." Now it is clear that the waters of the deluge did not rise to the summit of the space occupied by the elements, but only 15 cubits above the mountain tops; and moreover it is known that vapors or any smoke whatever rising from the earth cannot pierce the entire sphere of fire so as to reach its summit; and so the stain of sin did not reach the aforesaid space. Nor can the elements be cleansed from corruptibility by the removal of something that might be consumed by fire: whereas it will be possible for the impurities of the elements arising from their mingling together to be consumed by fire. And these impurities are chiefly round about the earth as far as the middle of the air: wherefore the fire of the final conflagration will cleanse up to that point, since the waters of the deluge rose to a height which can be approximately calculated from the height of the mountains which they surpassed in a fixed measure.

Now it stands to reason that if what St. Thomas Aquinas states is true: that fire of the final conflagration will not exceed the bounds which were cleansed by waters of the deluge (only 15 cubits above the mountain tops) and all of the sinful works of men are to be destroyed in this final conflagration, then all of the works of men will one day occupy or reach a height no greater than the 15 cubits above the mountain tops, which was boundary of the waters of the deluge. What follows then is that all modern day works that had left the orbit of the earth such as the Twin Voyager Spacecrafts will return to the place in which they were created, which will be below the boundary set by the waters of the deluge and that is 15 cubits above the mountain tops. Again the Twin Voyager Spacecrafts will one day return to the earth.