ST. LOUIS (AP) — An evacuation slide inflated inside a United Airlines plane as it flew from Chicago to Southern California, filling part of the cabin and prompting the pilot to make an emergency landing in Kansas. Passenger Mike Schroeder said he was sitting in the front row of the plane bound for Orange County, California, late Sunday when he heard a hiss and pop behind him. Schroeder, 58, turned around and saw the Boeing 737-700's evacuation slide inflating. The slide — which would normally inflate outside the plane in an emergency — filled the galley. 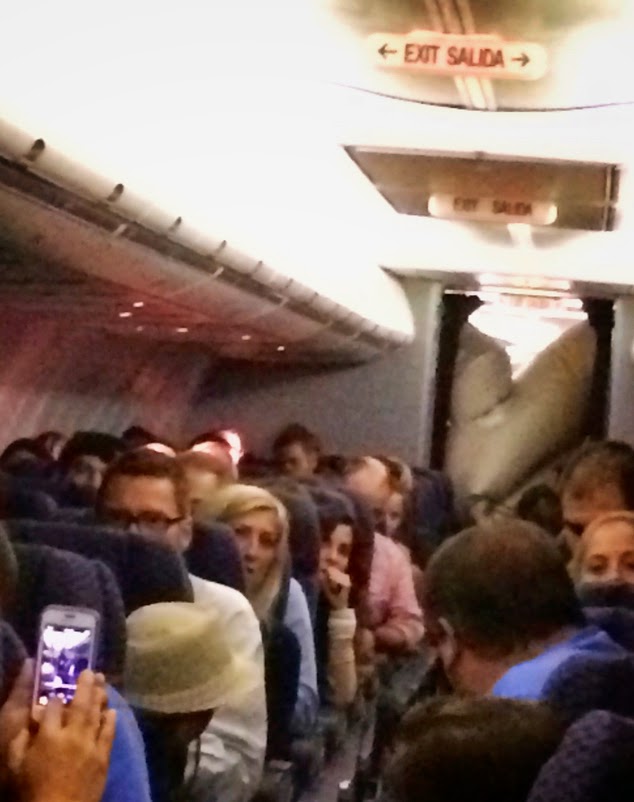 "I thought to myself, 'I hope there is no one in the restroom because if they are they're not coming out for a long time,'" he said in a telephone interview. United Airlines officials said in a statement that no one aboard Flight 1463 was injured. United said the plane would be flown without passengers to a larger airport for a complete inspection to determine how and why the slide accidentally deployed. Spokeswoman Christen David said she had no details about whether the incident would trigger additional inspections or whether similar incidents had occurred on other United aircraft. Federal aviation officials were investigating. In November, a JetBlue flight from Florida to Boston had to be diverted when a slide partially deployed toward the aircraft's galley. A message was left Monday with JetBlue seeking the results of its investigation. And in 2008, a plane carrying Barack Obama, the then-Democratic presidential candidate, made an unscheduled stop after the emergency slide located in the aircraft's tail cone deployed during a flight. "There is no lever or button to push to directly deploy the slide," said Patrick Smith, a longtime commercial pilot, host of a website, AskThePilot.com, and author of "Cockpit Confidential: Everything You Need to Know About Air Travel." That, he said, all but rules out "any sort of prank or intentional act." 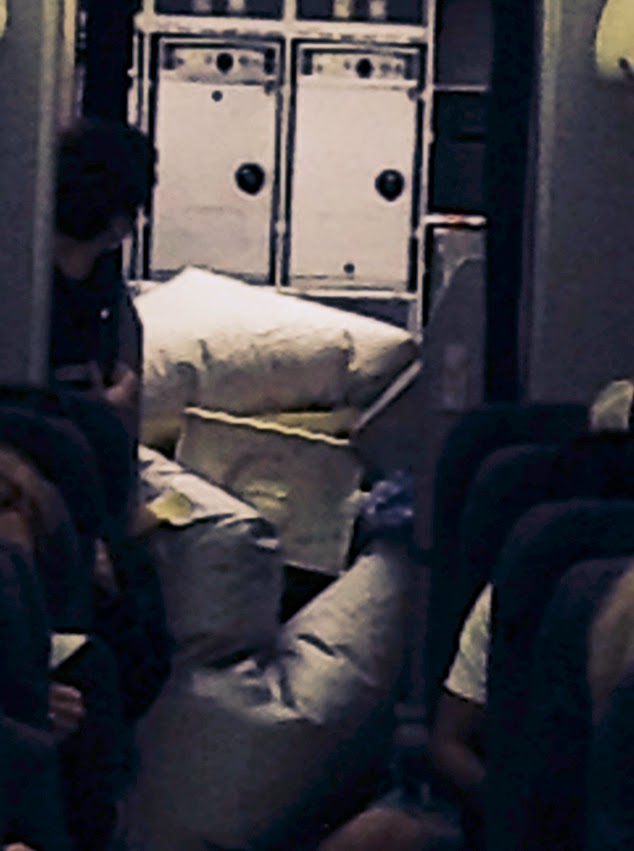 He said if there is an emergency landing or another emergency that requires a quick evacuation, opening the doors will cause the slide to deploy outside the plane so passengers and crew can slide down. He said occasionally in a non-emergency situation a crew member will forget to disarm the mechanism that triggers deployment of the slide, causing it to inflate as the door is opened. But because there is no way to open a door while a plane is in flight, he suspects a mechanical malfunction caused the latest incident. Smith said the slide inflating in such a small area could be harmful to anyone in the immediate vicinity, but that the slide does not inflate with enough force to "push through the side of the cabin." Schroeder, a lawyer from Newport Beach, California, said he was surprised at how calm all the passengers were, with many — himself included — snapping photos of the slide with their cellphones. For a short time, he said, lights went out and movies stopped playing along the left side of the plane. The pilot announced that the plane had not lost cabin pressure and that he was looking for somewhere to land; a couple of minutes later the pilot said they would be landing at Wichita's Mid-Continent Airport. The plane went into what Schroeder described as "a steep decline," but the landing was uneventful. The plane was escorted to the terminal by a fire truck. "When the pilot came out right after landing he said, 'Oh golly, I've never seen that before,'" Schroeder said. Daily Mail Read More>>>>>>

Delta passenger on a flight from Syracuse to Atlanta was 'breastfeeding her hairless CAT and refused to stop'  A female passenger on...