Sir Richard Branson's Virgin Galactic Has NO Licence To Fly Space Tourists & NO Rocket Powerful Enough To Take Them There! 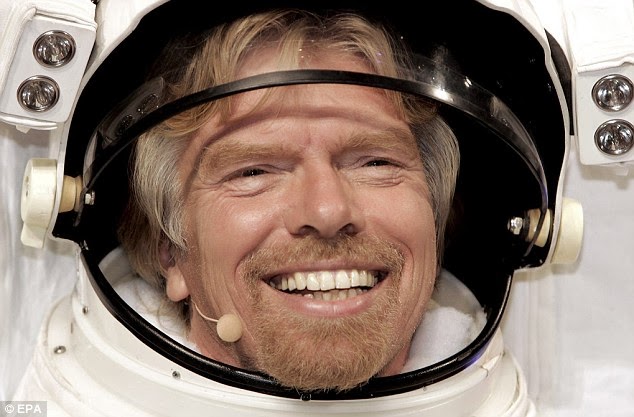 A new book about business mogul Sir Richard Branson claims his bold plans for a space tourism company are in danger of turning into an expensive 'white elephant'. Branson Behind The Mask, by Tom Bower, claims Virgin Galactic hasn't got a powerful enough rocket to take customers into space and no licence from American aviation chiefs to do so, despite the billionaire's confident claims that flights will begin in Autumn. 'Virgin Galactic is in danger of turning into a white elephant,' he told the Sunday Times. He added that Branson had so far only managed to 'fire a primitive rocket for 20 seconds in the Earth's atmosphere Daily Mail Read More>>>>>