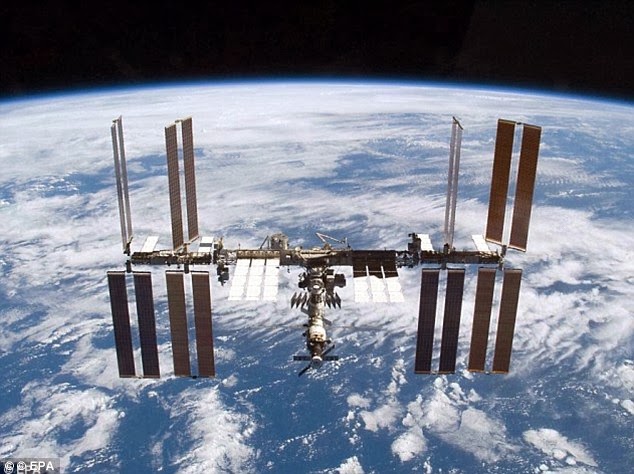 So now the National Geographic Channel is to film a special from the ISS:


National Geographic Channel has set Live From Space, a two-hour television event to be broadcast live from the International Space Station (ISS) and Mission Control in Houston this March, coinciding with Seth MacFarlane’s Cosmos: A Spacetime Odyssey, a Fox/Nat Geo reboot of the groundbreaking 1980s Carl Sagan series. The announcement comes on the heels of the news yesterday that NASA is extending the life of the ISS for four additional years beyond its current 2020 expiration date Deadline Hollywood Read More>>>>>>

Will the National Geographic actually film from the ISS? Wait and see. The scheduled date is sometime in March of this year.

As any of you know who have stumble upon this blog, the modern space industry has overstepped its bounds and has created a world of hurt for mankind.

The Blessed Trinity set a bound which man is never allowed to pass over and that is 29,050 feet or about 15 cubits above the mountain tops. But man has surpassed this boundary by millions and millions of miles with all the spacecraft shot into space and modern exceeds this boundary every day with commercial fights - heck many of you who fly frequently exceed this boundary.

Why is this boundary of 29,050 feet important? Well it is the same level that the waters of the deluge reached in the time of Noah to cleanse the world of sin. The waters of the deluge did not need to rise higher than 15 cubits above the mountains tops simply because the smoke of pagan sacrifices never exceeded this level - for those that don't have a clue - the smoke from pagan sacrifices is a stain of sin if you will and this stain of sin had to be cleanse along with all the sinful works of men.

Sometime after the flood a wicked man named Nimrod got into his head that from now on he would avoid another one of God's cleansing floods by building a tower higher than what the waters of the deluged reached which is 15 cubits above the mountain tops:

God came down and pushed the tower over with His finger to be seen no more. Please by all means find any remnant of the highest tower man ever built a tower so great that it stood above 29,050 feet! 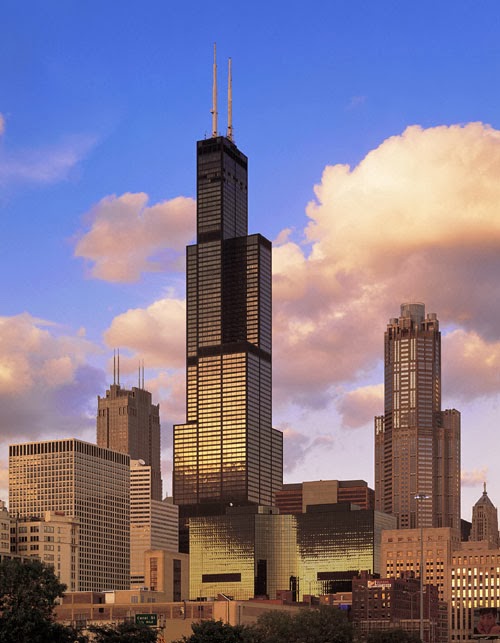 Nimrod built his tower 27,567 feet higher or about 19 Sears towers standing on each other!

So if Nimrod's tower was that large - then shouldn't there be some remnant of it? Something somewhere? How come no one ever found remnants of a tower that stood 29,050 feet?

Well maybe God was so pissed that He completely obliterated it into nothing but boulders and dust.

Think about that for a moment - if you believe that the tower of Babel was a reality then where are the remnants of it?

Again God was so pissed at man for exceeding the boundary He established that no remnant of man's tower of Babel can be found.

The Blessed Trinity will do the same to modern man's tower of Babel - the space program.

When will God start the destruction of NASA and the space industry? Don't know. Soon I would imagine.

And I must also tell you that the reason why this 29,050 foot boundary is so important is because at the end of days the element of fire will cleanse all the works of men - works that are holy and profane. And like the element of water this fire will obey God and will rise up from the bowels of the earth to a height no greater than the waters of the deluge reached which as you should know by now is 29,050 feet.

Sound absurd? Of course it does. That's why many of you will be frightened when the space works of men come back below this boundary.

And of course the space works will be brought back here by the agency of the angels.

Scoff and laugh all you want but its about time you get your hat handed to you: 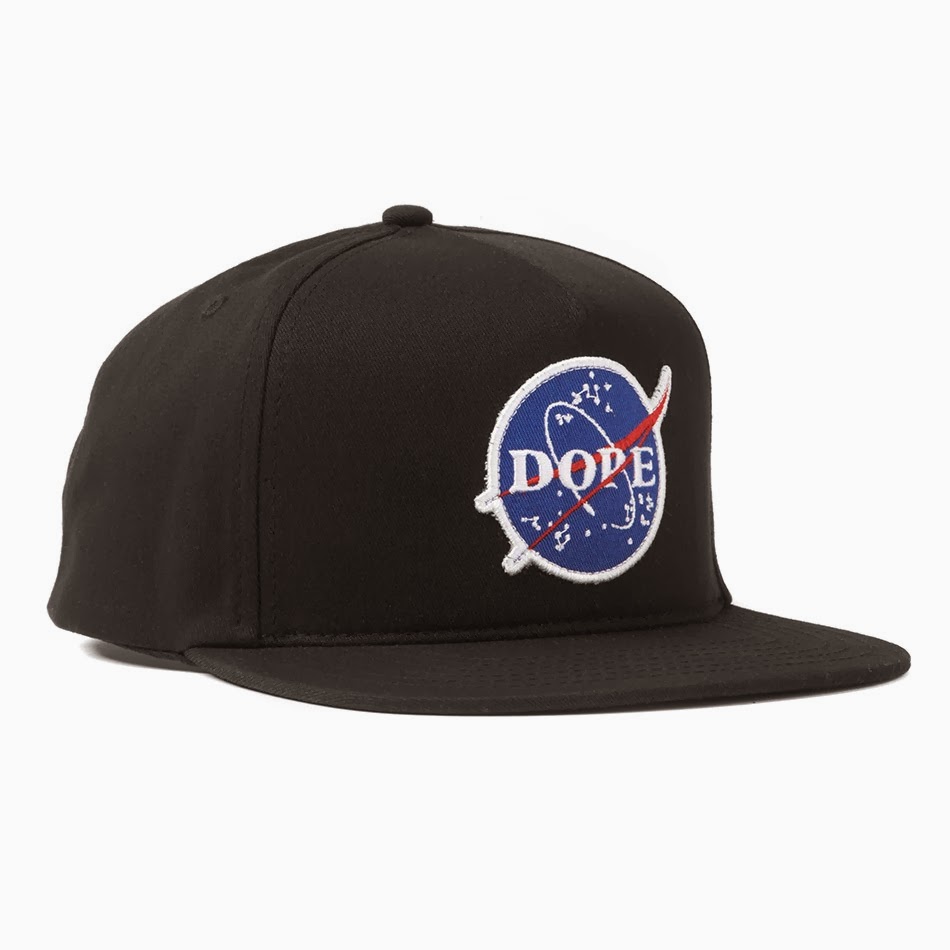 According to St. Thomas Aquinas, the fire of the final conflagration will destroy all the works of men. Every single work by the hand of man will be cleansed by the fire of the final conflagration - St. Thomas Aquinas tells us: "that since the world was, in a way, made for man's sake, it follows that, when man shall be glorified in the body, the other bodies of the world shall also be changed to a better state, so that it is rendered a more fitting place for him and more pleasant to look upon. Now in order that man obtain the glory of the body, it behooves first of all those things to be removed which are opposed to glory. There are two, namely the corruption and stain of sin---because according to 1 Cor. 15:50, "neither shall corruption possess incorruption," and all the unclean shall be without the city of glory (Apoc. 22:15)---and again, the elements require to be cleansed from the contrary dispositions, ere they be brought to the newness of glory, proportionately to what we have said with regard to man. Now although, properly speaking, a corporeal thing cannot be the subject of the stain of sin, nevertheless, on account of sin corporeal things contract a certain unfittingness for being appointed to spiritual purposes; and for this reason we find that places where crimes have been committed are reckoned unfit for the performance of sacred actions therein, unless they be cleansed beforehand. Accordingly that part of the world which is given to our use contracts from men's sins a certain unfitness for being glorified, wherefore in this respect it needs to be cleansed. In like manner with regard to the intervening space, on account of the contact of the elements, there are many corruptions, generations and alterations of the elements, which diminish their purity: wherefore the elements need to be cleansed from these also, so that they be fit to receive the newness of glory."

St. Thomas Aquinas tells us that fire will be the cleansing instrument: "As stated above (A[1]) this cleansing of the world will remove from it the stain contracted from sin, and the impurity resulting from mixture, and will be a disposition to the perfection of glory; and consequently in this threefold respect it will be most fitting for it to be effected by fire. First, because since fire is the most noble of the elements, its natural properties are more like the properties of glory, and this is especially clear in regard to light. Secondly, because fire, on account of the efficacy of its active virtue, is not as susceptible as the other elements to the admixture of a foreign matter. Thirdly, because the sphere of fire is far removed from our abode; nor are we so familiar with the use of fire as with that of earth, water, and air, so that it is not so liable to depreciation. Moreover, it is most efficacious in cleansing and in separating by a process of rarefaction."

St. Thomas Aquinas tells us that this fire will not exceed the bounds which were cleansed by waters of the deluge: "I answer that, Some [*St. Bonaventure, Sentent. iv, D, 47, A[2], Q[3]] say that the fire in question will rise to the summit of the space containing the four elements: so that the elements would be entirely cleansed both from the stain of sin by which also the higher parts of the elements were infected (as instanced by the smoke of idolatry which stained the higher regions), and again from corruption, since the elements are corruptible in all their parts. But this opinion is opposed to the authority of Scripture, because it is written (2 Pet. 3:7) that those heavens are "kept in store unto fire," which were cleansed by water; and Augustine says (De Civ. Dei xx, 18) that "the same world which perished in the deluge is reserved unto fire." Now it is clear that the waters of the deluge did not rise to the summit of the space occupied by the elements, but only 15 cubits above the mountain tops; and moreover it is known that vapors or any smoke whatever rising from the earth cannot pierce the entire sphere of fire so as to reach its summit; and so the stain of sin did not reach the aforesaid space. Nor can the elements be cleansed from corruptibility by the removal of something that might be consumed by fire: whereas it will be possible for the impurities of the elements arising from their mingling together to be consumed by fire. And these impurities are chiefly round about the earth as far as the middle of the air: wherefore the fire of the final conflagration will cleanse up to that point, since the waters of the deluge rose to a height which can be approximately calculated from the height of the mountains which they surpassed in a fixed measure."

Now it stands to reason that if what St. Thomas Aquinas states is true:

1. that fire of the final conflagration will not exceed the bounds which were cleansed by waters of the deluge (only 15 cubits above the mountain tops)

2. and all of the sinful works of men are to be destroyed in this final conflagration.

Then all of the works of men will one day occupy or reach a height no greater than the 15 cubits above the mountain tops, which was boundary of the waters of the deluge.

What follows then is that all modern man-made works that had left the orbit of the earth such as NASA's Voyager I & II and Mars Rover Spirit and all other spacecrafts will return to the place in which they were created, which will be below the boundary set by the waters of the deluge and that is 15 cubits above the mountain tops.

Again, the Voyager I & II spacecraft & Mars Rover Spirit along with all man-made space objects will one day return to the earth.