Modern Science Confirms St Thomas Aquinas' Opinion That Our Atmosphere Is The Demons' Place Of Punishment! GPS Satellites Suggest A Halo Of Dark Matter Is Surrounding Our Planet 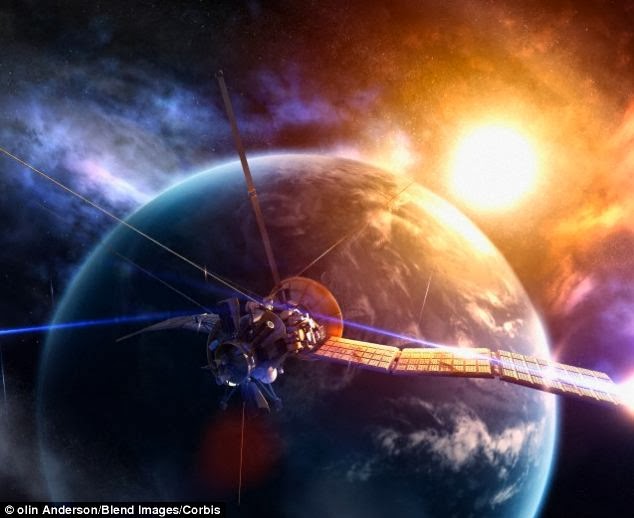 First the modern day finding that there is dark matter surrounding this world:


Ever since scientists have theorised that dark matter exists, concrete evidence of the elusive substance has continued to confound them. Now, data from a number of GPS satellites suggest that a halo of the strange matter may be surrounding Earth, causing our planet to be heavier than first believed. From his calculations, Professor Ben Harris from Texas University claims this halo could affect the Earth's gravity and that the planet could be 0.005 and 0.008 per cent heavier than the mass established by the International Astronomical Union. This would be the equivalent of a disc of dark matter around the equator which is 191km (120 miles) thick and 70,000 km (43,000 miles) across. Daily Mail Read More>>>>

Reply to Objection 3. Some have maintained that the pain of sense for demons and souls is postponed until the judgment day: and that the beatitude of the saints is likewise postponed until the judgment day. But this is erroneous, and contrary to the teaching of the Apostle (2 Corinthians 5:1): "If our earthly house of this habitation be dissolved, we have a house in heaven." Others, again, while not admitting the same of souls, admit it as to demons. But it is better to say that the same judgment is passed upon wicked souls and wicked angels, even as on good souls and good angels. Consequently, it must be said that, although a heavenly place belongs to the glory of the angels, yet their glory is not lessened by their coming to us, for they consider that place to be their own; in the same way as we say that the bishop's honor is not lessened while he is not actually sitting on his throne. In like manner it must be said, that although the demons are not actually bound within the fire of hell while they are in this dark atmosphere, nevertheless their punishment is none the less; because they know that such confinement is their due. Hence it is said in a gloss upon James 3:6: "They carry fire of hell with them wherever they go." Nor is this contrary to what is said (Luke 8:31), "They besought the Lord not to cast them into the abyss"; for they asked for this, deeming it to be a punishment for them to be cast out of a place where they could injure men. Hence it is stated, "They [Vulg. 'He'] besought Him that He would not expel them [Vulg. 'him'] out of the country" (Mark 5:10).
at January 11, 2014