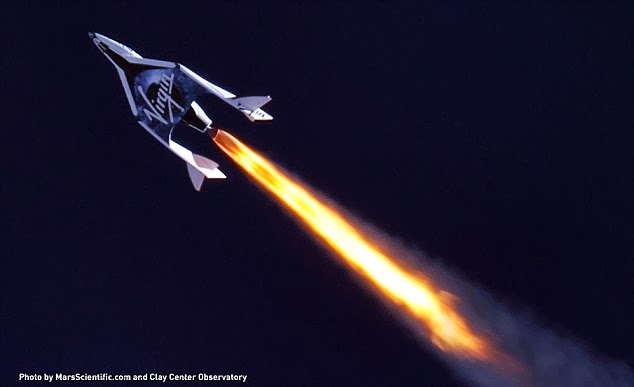 There is a boundary established by God that man must not pass over and that is 29,050 ft or 15 cubits above the mountain tops.

Because all man made works both holy and profane have to burn up in the fire of the fire conflagration at the end of days.

Because the fire of the final conflagration will rise up out of the bowels of the earth to reach a height no greater than the 29,050 foot boundary established by God.

Because the fire obeys the will of God. This fire is a creation of God and will do what God commands. Now in order for the fire of the final conflagration to obey the will of God at the end of days - this fire will burn up ll the works of men that are at or below 15 cubits above the mountain tops.

This means that all the space works of men must be brought back to this level before the end of days.

Meaning? All the space works that were shot into space above this 29,050 foot level will come back here - guaranteed!

So Mr. Sir Richard Branson is pushing his luck. Sir is asking for God's vengeance to pay him a visit.

1. Sir Richard Branson soon dies and his space travel pipe dream dies with him
2. Branson gets what he desires for a time.....at the expense to us all  and a few "stars"


New photos of Virgin Galactic's SpaceShipTwo aircraft, designed for space tourism, show it successfully completing its third rocket-powered test yesterday and reaching an all-time high. The pictures, taken by cameras placed on carrier plane WhiteKnightTwo, show SpaceShipTwo falling away before it's unhooked and using its hybrid rocket. The test at Mojave Air and and Space Port in California was meant to simulate a flight into outer-space that will go into effect later this year. Virgin Galactic eventually wants to host commercial space tours. Not only did Virgin Galactic have a successful third test of the aircraft but they reached an altitude of 71,000 feet, reports NBC. The flight prior to this test reached 69,000 feet. Daily Mail Read More>>>>>