And it came to pass, that in those days there went out a decree from Caesar Augustus, that the whole world should be enrolled. This enrolling was first made by Cyrinus, the governor of Syria. And all went to be enrolled, every one into his own city. And Joseph also went up from Galilee, out of the city of Nazareth into Judea, to the city of David, which is called Bethlehem: because he was of the house and family of David, To be enrolled with Mary his espoused wife, who was with child. And it came to pass, that when they were there, her days were accomplished, that she should be delivered. And she brought forth her firstborn son, and wrapped him up in swaddling clothes, and laid him in a manger; because there was no room for them in the inn. Lk.ii.

American Geophysical Union Confirms La Salette Prophecy: "It Is Time; The Sun Is Darkening; Only Faith Will Survive" 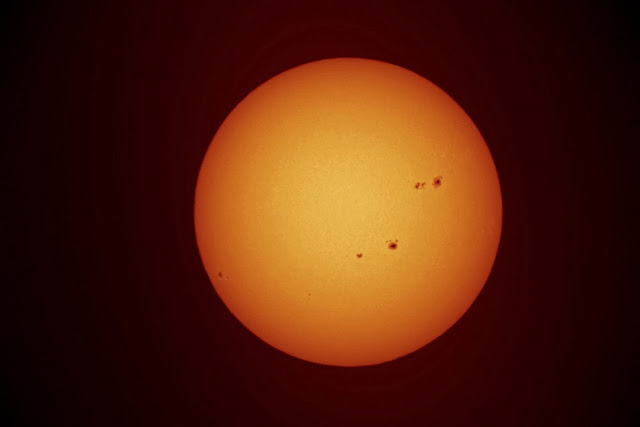 All the universe will be struck with terror and many will let themselves be lead astray because they have not worshipped the true Christ who lives among them. It is time; the sun is darkening; only faith will survive. Our Lady of La Salette 19 Sept. 1846 (Published by Mélanie 1879)


Something is up with the sun - confirmed by the American Geophysical Union:

SAN FRANCISCO — The sun's current space-weather cycle is the most anemic in 100 years, scientists say. Our star is now at "solar maximum," the peak phase of its 11-year activity cycle. But this solar max is weak, and the overall current cycle, known as Solar Cycle 24, conjures up comparisons to the famously feeble Solar Cycle 14 in the early 1900s, researchers said. "None of us alive have ever seen such a weak cycle. So we will learn something," Leif Svalgaard of Stanford University told reporters here today (Dec. 11) at the annual meeting of the American Geophysical Union Space.com