Sinners Will Not Believe in the Divine Threats Until the Chastisement Has Come Upon Them, Part 2 ~ Saint Alphonsus Liguori

Typhoon Haiyan
SECOND DISCOURSE:
Sinners Will Not Believe in the Divine Threats Until the Chastisement Has Come Upon Them
Part 2

"Let sin be no more for us, my brethren; let us be converted if we wish to escape the scourge which hangs over us. If we do not cease from sin, God will be obliged to punish us: For evil-doers shall be cut off.-----Ps. 26:9.

The obstinate are not only finally shut out from Paradise, but hurried off the earth, lest their example should draw others into Hell. And let us reflect that these temporal scourges are nothing in comparison with those eternal chastisements, hope of relief from which there is none. Give ear, O sinner! my brother, give ear! For now the axe is laid to the root of the trees. -----Luke 3:9. The author of the Imperfect Work, in his comment upon this passage, says: "It is said that the axe is laid, not to the branches, but to the root, so that it will be irreparably exterminated." He says that when the branches are lopped, the tree continues still to live; but when the tree is felled from the root, it then dies, and is cast into the fire. The Lord stands with the scourge in His hand, and you still continue in disgrace with Him. The axe is laid to the root. Tremble lest God should make you die in your sins, for if you die thus, you shall be cast into the fire of Hell, where your ruin shall be hopeless for eternity.

But, you will say, I have committed many sins during the past, and the Lord has borne with me. I may, therefore, hope that He will deal mercifully with me for the future. God says, do not speak so: Say not I have sinned, and what harm hath befallen me? For the Most High is a patient rewarder. -----Ecclus. 5:4. Do not say so, for God bears with you now, but He will not always bear with you. He endures to a certain extent, and then pays off all. Now, therefore, stand up, that I may plead in judgment against you concerning all the kindness of the Lord -----1 Kings 7:7., said Samuel to the Hebrews. Oh how powerfully does not the abuse of the Divine mercies assist in procuring the damnation of the ungrateful! Gather them together as sheep for a sacrifice, and prepare them for the day of slaughter. -----Jer. 12:3. In the end the herd of those who will not be converted shall be victims of Divine justice, and the Lord will condemn them to eternal death, on the day of slaughter, when the day of His vengeance shall have arrived (and we have reason always to be in dread, as long as we are not resolved to abandon sin, lest that day should be already near). God is not mocked, for what things a man shall sow, these also shall he reap. -----Gal. 6:7. Sinners expect to mock God by confessing at Easter, or two or three times a year, and then returning to their vomit, and hoping after that to obtain salvation. "He is a mocker, not a penitent," says St. Isidor, "who continues to do that for which he is penitent;" but God is' not mocked.

What salvation? -----what salvation do you expect? For what things a man shall sow, them also shall he reap. What things do you sow? blasphemy, revenge, theft, impurity: what then do you hope for? He who sows in sin can hope to reap nothing but chastisements and Hell. For he that soweth in his flesh, continues the same Apostle, of his flesh also shall reap corruption. Continue, impure wretch! continue to live sunk in the mire of your impurity, your impurities will be converted into pitch within your bowels. "A day shall come," says St. Peter Damian, "a day shall come, or rather a night, when your lust shall be turned into pitch to feed an eternal flame within your bowels."

St. John Chrysostom says that some pretend not to see; they see the chastisements, and pretend not to see them. And then others, St. Ambrose says, have no fear of punishment until they see it has overtaken them. To all these it will happen as it did to mankind at the time of the deluge. The patriarch Noah foretold and announced to them the punishments which God had prepared for their sins; but the sinners would not believe him, and notwithstanding that the ark was building before their eyes, they did not change their lives, but went on sinning until the punishment was upon them, until they were smothered in the deluge. And they knew not till the flood came and took them all away. -----Matt. 24:39. The same happened to the great Babylon, in the Apocalypse, who said: I sit a queen, and I shall not see grief. -----Apoc. 18:7. She persevered in her impurity in the hope of not being punished, but the chastisement at length came as had been predicted! Therefore shall her plagues come in one day, death and mourning, and famine, and she shall be burnt with fire.

Brother, who knows whether this is not the last call which God may give you? Our Lord says that a certain owner of a vineyard, finding a fig-tree for the third year without fruit, said: Behold, for these three years I come seeking fruit on this fig-tree, and I find none; cut it down therefore, why cumbereth it the ground? -----Luke 13:7. Then the dresser of the vine replied: Lord, let it alone this year also . . . and if happily it bear fruit-----but if not, then, after that, thou shalt cut it down. Let us enter into ourselves, my brethren; for years has God been visiting our souls, and has found no other fruit therein than thorns and thistles, that is to say, sins. Hear how the Divine justice exclaims, Cut it down therefore, why cumbereth it the earth? But mercy pleads, Let it alone this year also. Have courage, let us give it one trial more; let us see whether it will not be converted at this other ,call. But tremble lest the same mercy may not have granted to justice that if you do not now amend, your life shall be cut off, and your soul condemned to Hell. Tremble, brother, and take measures that the mouth of the pit do not close over you. Such was the prayer of David: Let not the deep swallow me up, and let not the pit shut her mouth upon me. -----Ps. 68:16. It is that which sin effects, causing the mouth of the pit, that is, the state of damnation into which the sinner has fallen, to close over him by degrees. As long as that pit is not entirely closed, there is some hope of escape; but if it once shut, what further hope remains for you? By closing of the pit, I mean the sinner's being shut out from every glimmer of grace, and stopping at nothing; that being the accomplishment of what the wise man has said: The wicked man, when he is come into the depth of sins, contemneth. -----Prov. 18:3. He despises the laws of God, admonitions, sermons, excommunications, threats-----he despises Hell itself; so that persons have been known to say, numbers go to Hell, and I amongst the rest. Can the man who speaks so be saved? He can be saved, but it is morally impossible he should. Brother, what do you say? Perhaps you have yourself come to the contempt of the chastisements of God. What do you say? Well, and if you had, what should you do? Should you despair? No; you know what you have to do. Have recourse to the Mother of God.

Although you should be in despair, and abandoned by God, Blosius says, that Mary is the hope of the despairing, and the aid of the abandoned. St. Bernard says the same thing when he exclaims, The despairing man who hopes in thee ceases to be desperate. But if God wishes that I should be lost, what hope can there be for me? But, says God, no, my son, I do not wish to see you lost: I desire not the death of the wicked. -----Ezech. 33:11. But what then do you desire, O Lord? I wish him to be converted, and recover the life of My grace: But that the wicked turn from his way and live. Haste then, brother, fling yourself at the feet of Jesus Christ; behold Him! see how He stands with His arms open to embrace you, etc. (Here an act of contrition is made.) 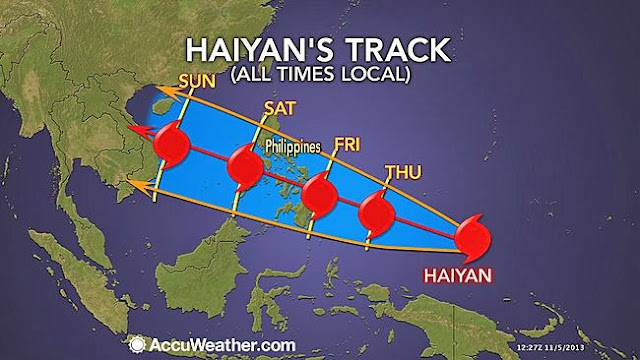